GR is essentially based on an implementation of a Graphical Kernel System (GKS) and OpenGL. As a self-contained system it can quickly and easily be integrated into existing applications (i.e. using the ctypes mechanism in Python or direct calls from Julia with ccall syntax).

The GR framework can be used in imperative programming systems or integrated into modern object-oriented systems, in particular those based on GUI toolkits. GR is characterized by its high interoperability and can be used with modern web technologies and mobile devices. The GR framework is especially suitable for real-time environments. 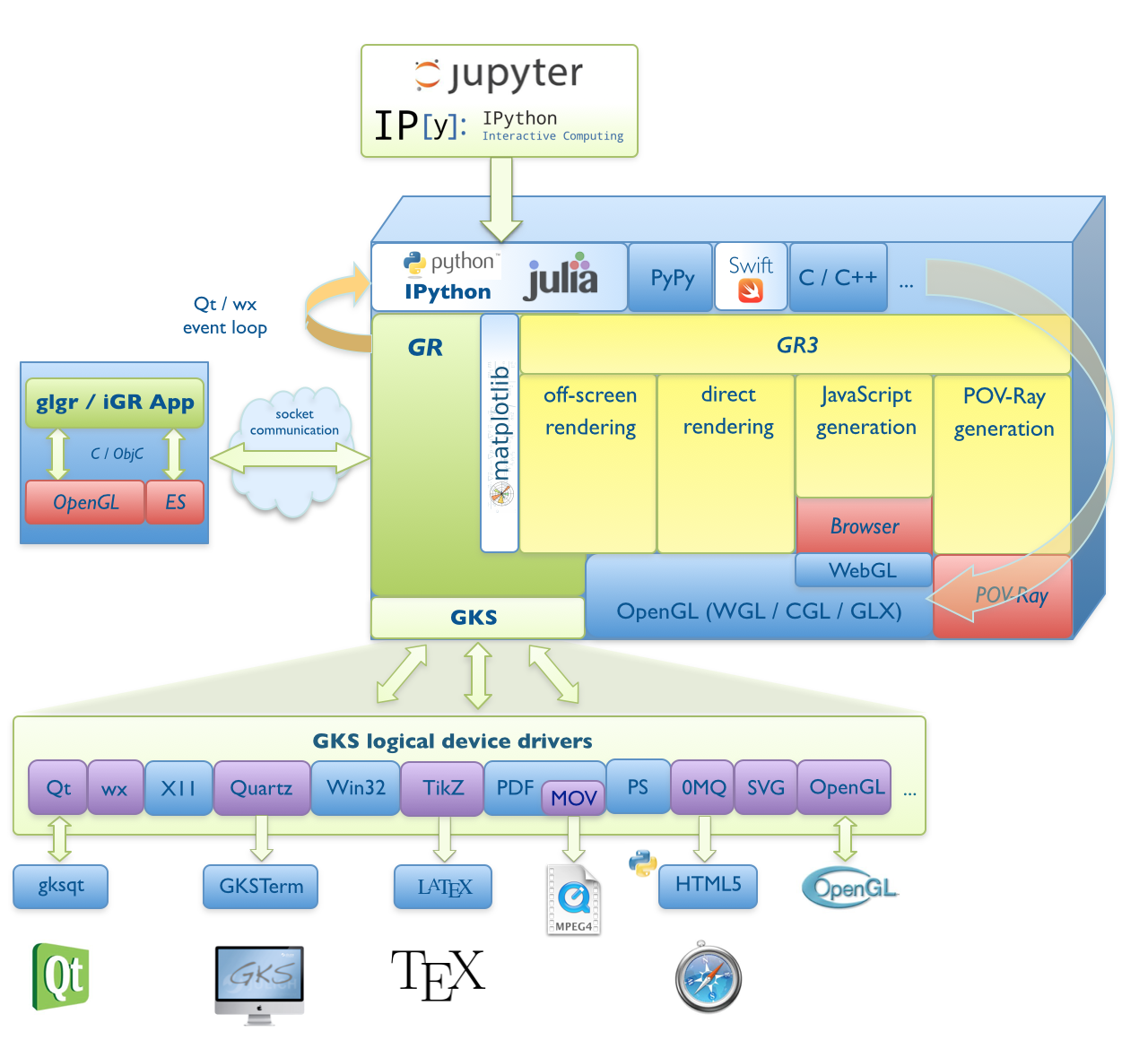 GR was developed by the Scientific IT-Systems group at the Peter Grünberg Institute at Forschungszentrum Jülich. The main development has been done by Josef Heinen who currently maintains the software.

GR3 is a software library for simple visualization of 3D scenes. It was developed by Florian Rhiem as part of his bachelor’s thesis. GR3 is written in C and can also be used from Python or Julia through a wrapper module.

Starting with release 0.6 GR can be used as a backend for Matplotlib and significantly improve the performance of existing Matplotlib or PyPlot applications written in Python or Julia, respectively. In this tutorial section you can find some examples.

Beginning with version 0.10.0 GR supports inline graphics which shows up in IPython’s Qt Console or interactive computing environments for Python and Julia, such as IPython and Jupyter. A simple IPython notebook example (converted to HTML5) can be found here.